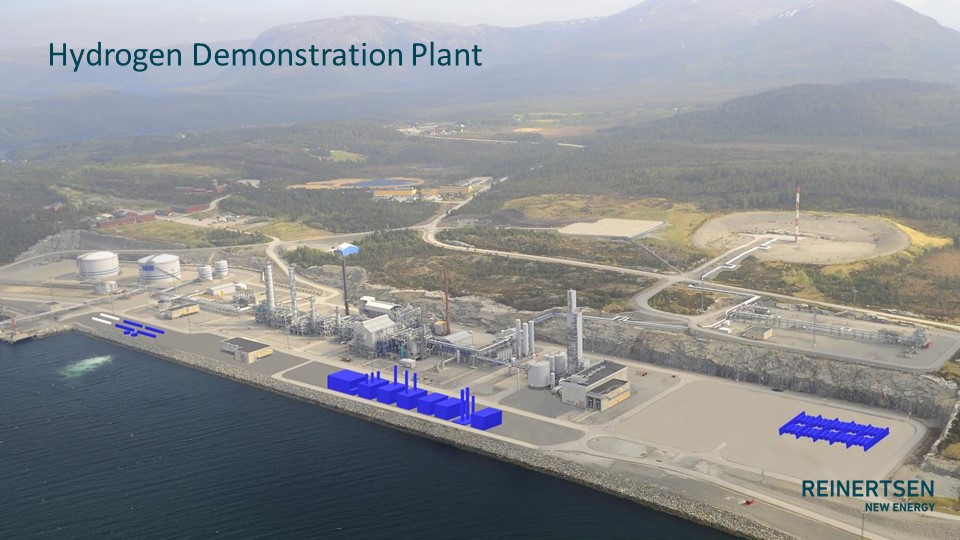 Equinor has awarded REINERTSEN New Energy AS a study for the construction of a large demo facility for clean production of hydrogen from natural gas. The project was proposed by REINERTSEN in 2018 and is based on a technology concept developed by the engineering company. REINERTSEN collaborates in this field with NTNU / Sintef and technology companies abroad.

The purpose of the project is to demonstrate to the world that large quantities of hydrogen can be produced, completely clean and very competitive from natural gas. If hydrogen is to become an energy carrier of importance, hydrogen production must be based on natural gas. CO2 separated from the process is intended to be reinjected into reservoirs in the seabed, known as CCS (Carbon Capture and Storage). This way of storing CO2 is fully accepted by most environmental protection organizations. The Norwegian state is planning the construction of such a storage reservoir in the North Sea. Similar storage projects are being developed in the UK and the Netherlands.

The project attracts international attention. It is great news that natural gas can be the basis for large-scale, clean and competitive hydrogen production. Significant cuts in greenhouse gas emissions can be achieved by using clean hydrogen instead of coal, oil and gas, in sectors such as gasnettworks, industry, power generation (interacting with renewable), maritime and land transport.

Hydrogen produced from the demo plant can cover a significant share of the hydrogen demand within Norwegian maritime activities. The large volumes of hydrogen can serve the coming market within fish farming, ferries, speedboats and larger ships.

The project can provide a basis for international positioning of Norwegian hydrogen- and CC-technology and provide a long life for the natural gas business in Norway. Norwegian natural gas is sold for approx. NOK 270 billion per year and the demand is expected to increase as part of reducing climate emissions. If natural gas is converted into hydrogen, a completely pure gas, the European market can demand even larger volumes and the emission cuts can eventually become very significant.