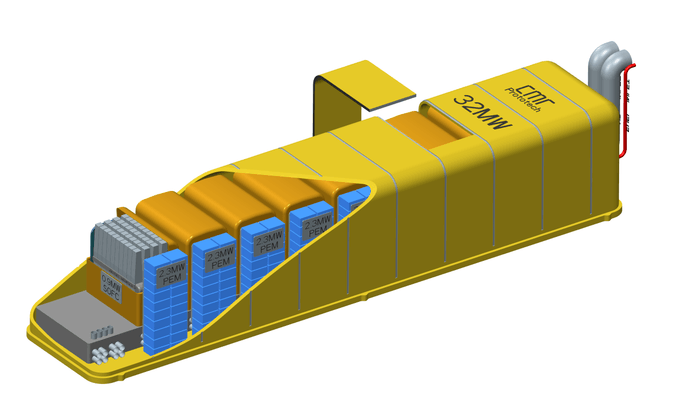 A Palladium based H2 membrane is used to separate ~70% of the hydrogen for the HT-PEM system which is one of the key features for the overall mass reduction compared to a standard SOFC system. Subsystem requirements as well as cost analysis was included in the study.

Production of blue hydrogen from LNG